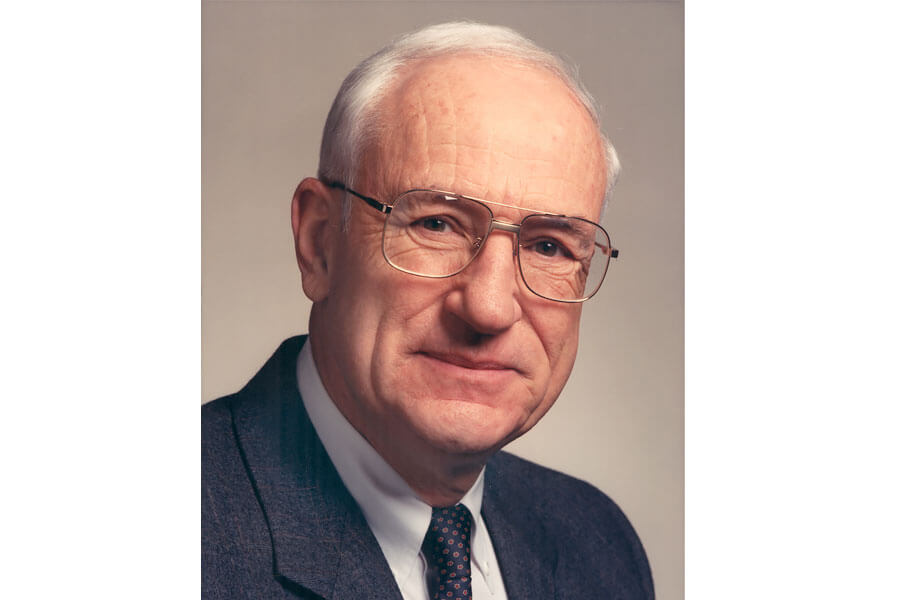 FORT WAYNE, IN – Don Wolf, who served for more than 25 years as president and CEO of what would become Do it Best Corp. and helped grow it into a multi-billion-dollar international home improvement co-op, passed away on September 11. He was 90 years old.

Wolf began his career at Hardware Wholesalers Inc. (HWI) in 1947, advancing in the company’s ranks through leadership roles in the purchasing, marketing and sales departments. He was appointed CEO in 1967, when the co-op consisted of one distribution center serving 12 states with $35 million in annual sales. By the time he retired in 1992, Wolf’s leadership and vision had helped the co-op grow to more than $1.2 billion in sales, with six distribution centers serving the entire continental United States and several foreign countries. He also led the development of the Do it Center ® store concept, which launched in 1981 and revolutionized the way home centers looked. With its bright colors, bold signage and dramatically improved shopping atmosphere, Do it Centers drove tremendous sales increases for store owners. Wolf played a key role in laying the groundwork for the merger between HWI and Our Own Hardware that led to the creation of Do it Best Corp. in 1998.

“Everyone in the Do it Best family is incredibly saddened by Don’s passing,” said President and CEO Dan Starr. “Do it Best Corp. would not be the company we are without the passionate vision of Don Wolf, and the same can be said of the city of Fort Wayne. In addition to his unparalleled contributions to our industry, his philanthropic work here and throughout the region has positively impacted the lives of thousands of people.”

Wolf played key development, leadership and mentoring roles for a number of nonprofit and charitable organizations in Fort Wayne and throughout the state of Indiana. In 1972, he co-founded and served as the first president of Big Brothers of Greater Fort Wayne and later served as president of the national board of Big Brothers Big Sisters of America from 1977-1980. Today, Big Brothers Big Sisters of Northeast Indiana stands as one of the largest, most recognized and well-respected chapters in the United States.

In addition, he founded Study Connection in 1989 in partnership with Fort Wayne Community Schools. Today, this program trains and provides approximately 1,000 volunteer tutors each year to help students with homework while building their confidence and self-esteem.

Wolf was widely respected and recognized for his contributions to his community and industry. In 1994, he received the Sagamore of the Wabash award by the State of Indiana for his leadership in helping children in need and received it again in 1995 for his commitment to elementary education. In 2013, he was awarded the state’s highest individual honor, the Sachem Award, presented by then-Governor Mike Pence in recognition for his lifelong contributions as a business leader and community servant.

He received an Honorary Doctorate of Humane Letters from Purdue University and an Honorary Doctorate of Humanities from Vincennes University. Wolf was also named the Fort Wayne Journal Gazette Newspaper Citizen of the Year in 1991 and, that same year, was awarded the Pathfinder Award for service to youth by Indiana Youthlinks. In 1993, he was named Indiana Business Leader of the Year by the Indiana State Chamber of Commerce.

Wolf is survived by his wife Ginny, as well as their four children, Donna, Lisa, Rebecca, and Rick, and numerous grandchildren and great-grandchildren.

There will be a private burial at Concordia Cemetery Gardens. The community is invited to a Celebration of Life on Saturday, September 21 at 11 am, Trinity English Lutheran Church, 450 W Washington Blvd, Fort Wayne, IN 46802.

Memorial donations may be made to Big Brothers/Big Sisters of Northeast Indiana.